You may have noticed that one of our buildings is now called Sir Henry Mitchell House – and you may be forgiven for wondering why.

Previously our children’s services were dispersed around the district in separate offices. We decided to bring them all together at 4 Manchester Road, as part of our drive to save money by selling off under-used offices around the district.

But back to Sir Henry Mitchell. What’s his connection with Bradford? Well, born in Esholt, Sir Henry lived from 1824 to 1898 and was a Bradford mill owner and philanthropist, though not quite on the same scale as Sir Titus Salt who built an entire village. 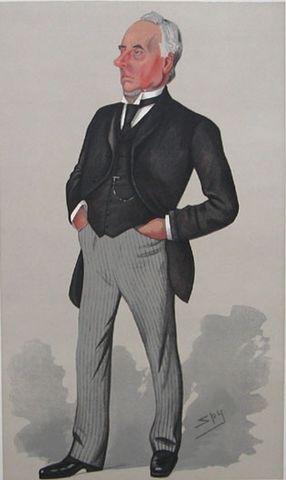 Sir Henry founded Bradford Technical School, now part of Bradford College. He was rewarded by becoming Mayor of Bradford in 1874 and the first Honorary Freeman of the City of Bradford (a ceremonial honour with mediaeval origins which brings no special privileges these days, but is a mark of a city’s gratitude for exceptional services).

We’ve been for a look around Bradford’s Victorian tunnels underneath Sunbridge Road. They are being redeveloped and will reopen later in 2015 as Sunbridge Wells.

This was a thriving venue in the 1960s, almost like Bradford’s very own Cavern Club. Take a look at our video:

The Sneaky Peek tours in Bradford’s City Hall, which have been taking place throughout August, have proved so popular that we’ve put on an extra tour.

To let even more people take a look inside City Hall, organisers have added an extended four-hour opening on Saturday, 13 September. Volunteers will help at the event from 12 noon to 4pm.

And you still have chance to come on one of the remaining weekday tours on Wednesday 10th September (2pm to 4pm) or Thursday 11th September (10am to 12 noon).

Pop in, pick up a route map and start your tour. On the way you will see special displays put together by museums staff to bring to life landmarks in Bradford’s textile and engineering heritage.

We are working with the Telegraph & Argus newspaper to raise funds for a memorial to the Bradford Pals and other troops from the city who fought and died in the Battle of the Somme almost one hundred years ago.

As the Bradford district marks the 100th anniversary of the start of World War One, we are asking residents to donate to the Honour the Pals appeal.

It is hoped this memorial will be unveiled in France on the centenary of the beginning of the Battle of the Somme on 1 July 2016 as a lasting reminder of the sacrifice made by these World War One heroes.

Having a memorial in France is important not least for educating visitors, including school children, about the immense sacrifice made by the city’s young men on the battlefields of World War One.

How you can donate

If you wish to make a contribution to the appeal, you can donate online.  If you would rather donate by cheque, please make the cheque payable to Honour the Pals Appeal.  Send your cheque, with your name, address and contact details to:

Alternatively, hand your cheque in at the Telegraph & Argus office, City Hall, in Bradford or Keighley Town Hall.

The Bradford Council website has more information about the Honour the Bradford Pals appeal.

The photos we have used here are courtesy of Bradford Museums & Galleries.